When Barney asks for stories, I usually try to oblige with something different and with everyone under isolation and every classic car sitting forlornly in the garage including mine, I will try for a bit of Aussie outback adventure.

For close on 20 years now I have been mixing up my motoring with long distance classic rallies and four wheel driving. It is not a coincidence that Aussies do OK in long distance classics – we have a very big backyard and know a bit about gravel. With a mate of mine John Teasdale, we have done most of the iconic tracks in Australia – usually in a Toyota Hilux or Landcruiser, but occasionally in an enormously capable, fast and loud, 1970 Boss Mustang – seen here on the beach at Broome NW Australia and yes that is a UK Chev and camels in the background!

Crossing the Simpson Desert was always something we had planned – we had stuck our nose in from the East but never actually crossed it – not getting any younger, if not now when? At very short notice we decided to go the first week in Oct 2019 – very late in the outback driving season.

While the Mustang will go places you cannot imagine, not big sand dunes so John’s Prado or my 200 series V8 Landcruiser – grunt won! Toyota “own” the Australian outback for a reason, incredibly well built, reliable, go forever and you can get parts if needed. You literally never see a Range Rover. The other huge advantage is the very best off road gear, is made by ARB an Aussie company. My car is heavily modified – 50mm lift, off road shocks and springs, bullbar, Warn winch, sump and gearbox guards, snorkel, incredible spotlights, on board compressor, UHF radio, sand flag, SPOT tracker, Sat phone and, of course, a fridge to keep the beer cold! For this trip we ripped out the back seat, added MaxTrax if we really got stuck, an additional spare wheel, collapsible fuel bladders, all the tools and first aid gear. We always try to avoid a roof rack if we can – kills the fuel consumption and has resulted in more than one car rolling. Weight in the wrong place is your enemy.

The plan, ex Melbourne, was a round trip of 4500 kms in 11 days including the desert crossing. Our choice was from West to East. The prevailing wind tends from the west, and the dunes, literally a thousand of them, form like a “wave” – little easier from the West. Couple of big days early to get to William Creek on the edge of Lake Eyre where Donald Campbell eventually broke the world record on the salt – we know the pub pretty well and it is different!

Up the Oodnadatta Track not lacking in outback humour and onto the “famous” Pink Roadhouse….

When we started these treks years ago, we learnt a lot at the Pink Roadhouse about what not to do – they can tell you about everything that can go wrong. The biggest lesson we learnt was about tyre pressure – you simply must lower them. There is of course, a trade off between weight, speed, pressure and heat. People worry that when pressure comes down, the sidewalls are exposed but critically what is happening is that the tread “lengthens” and rolls “over” corrugations rather than bouncing off them. Way better ride, dramatically less strain on the suspension - we have proven it time and time again and do exactly the same thing with the Mustang – when everyone else is blowing shocks, towers and ball joints, we survive. Our rules - 28psi on good fast gravel, 22 psi on bad corrugations and down as low as 15psi in really soft sand.

Oodnadatta was to be our last fuel for 625 kms and a lot of that was to be in really soft sand where consumption leaps from circa 12L per 100kms to 22L per 100km. With a 138L tank we would just make it but added 40L and conserved where we could. What we had not planned on was severe unseasonal heat – expecting mid 20’s, it was actually high 30’s..

From Oodnadatta the first night was to be at Dalhousie Springs, underground water, great place to swim and popular camping spot. Arriving about 1.30pm after 380kms, not a single soul there, but millions of flies and searing heat – hmmm! To hell with it, quick stretch, 5 hours of daylight left, push on! Now we are into sand country, pressures down.

The problem with sand is that it changes all the time – in the heat of the day it can turn to “liquid”, the grunt of that V8, plus years of experience was in play. The dunes can be 30-50 metres high, often with multiple tracks – pick one and you are never quite sure what could be coming up the other side. Lesser powered 4wd’s, have to use more speed and as they get to the top 10m of the dune, start bouncing all over the place which just chews up the surface. They get stuck, they roll back down and hit it harder and faster. Add overloaded trucks, inexperience, excessive speed and you get a really messed up dune. At 15psi and that incredible V8 diesel we came to stop twice in 600kms – pick the right speed, try to pick the right track and do NOT take your foot off the accelerator even if, you think you are going to stop. Top of the dune pause – look for oncoming vehicles, get on the radio – anyone that responds is not that far away..

150 kms into the desert, over 9 hours at the wheel, as the sun dropped, time for a beer. First, crack a can, second activate the SPOT tracker sending a message home that we were ok and where we were, gather firewood, pitch the tent and uncork the red!

More humour as a truck supporting a group of motorcyclists including a few mad Brits, failed time after time to get up the dune we had just descended. Tyre pressure 32psi, would they take advice? No but 40 minutes later, they were listening and at 20psi went up and over. 4wd’s are one thing, motorbikes are something else – talking to one Brit, he had come off his bike 14 times that day, another fractured a rib, another was choppered out badly dehydrated and with a suspected heart attack – for the stupid and poorly prepared, easy enough to die out here. Not the first time we have seen Europeans in a lot of trouble in the bush.

It was still so hot, we did not need the outer on the tent, merely the fly wire. The desert night sky is the most spectacular sky you will ever see, other than the Northern Lights – few beers, good red, good feed and a sky full of stars – was what we came for. As the sun rose, we had a decision – cut a planned three nights in the desert to one?

Leaving our camp site, the decision, due the heat, was to leave early and try for Birdsville, however having never done the crossing before, a little unsure. Normal routine, hit the road as soon as you can, break the back of the day by lunchtime. Early morning, the sand is cool and relatively easy until it changed from the normal red of the Aussie outback, to a pale very fine yellow and every dune became a challenge. Nothing however could stop the Cruiser, lots of other vehicles hung up, when I say lots, there are not that many out there! However, there was one convoy heading our way, unbelievably, bicycles on a 500 km charity ride, totally barking mad – 36 degrees, big wide sand tyres, get half way up the dune, get off, push to the top, and do it again and again and again! 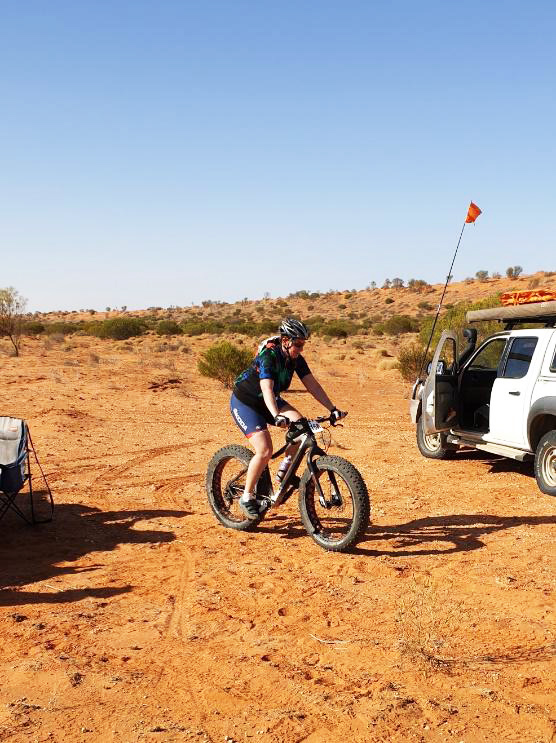 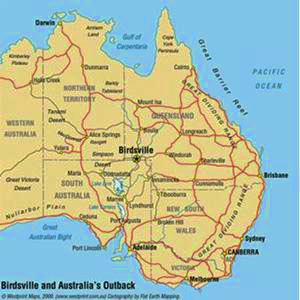 As we got closer to Birdsville, there is a very famous dune “Big Red” – it is a very serious, ever changing dune – it is a right of passage for 4wd’s with a tough but manageable route to the top where you can see West across the desert. For this trip no heroics as it was very late in the day – took the tourist route – 10 years ago in a superbly prepared HiLux, we went straight up the steep side, 12 psi, diffs locked, low range, second gear, engine revving its head off and crowd cheering! Getting old!

Easy cruise to the Birdsville pub and a cold beer. We had crossed the Simpson Desert in 1 ½ days!

And we thank you Mr. Rob G for a great story

My first race at the Nurburgring. Part 2